In White City, Black Shadows Tim and Ruth celebrate the strong and underacknowledged connections between Canberra and the Balkans; and show us uncomplicated glimpses of everyday life in Belgrade. Ruth’s accomplished and delicate embroidered works, with their emphasis on bling and black, reflect distinctive features of the visual aesthetics of the region. They reflect her observations of the fabrics, the interior decoration, the buildings and the street art in central Belgrade. For Tim everything revolves around a particular park bench. Each video is a temporal collage of still images. No image is extraordinary in itself, but together they demonstrate an extraordinary diversity of little incidents among ordinary people.

White City, Black Shadows (Бели Град, Црне Сенке) is a selection of works by Ruth Hingston and Tim Brook after a three-month residency in Belgrade. The title is a respectful nod to Emir Kusturica’s film Black Cat, White Cat (Црна Мачка, Бели Мачор), which is set in Belgrade.

Belgrade, Beograd, бели град, bijeli grad, means white city. It has a long and complex history, and a complex present.

Artists from the Balkans know how to use black, both literally and metaphorically.

The black humour in Serbian films emerges from the long shadow of the region’s past.

I've never met anyone outside Canberra who has any real idea about Canberra’s culture. Canberra’s culture is hidden because the so-called Canberra journalists only file reports about the fly-in-fly-out workers,† not about the rich and varied cultural life of the people who actually live in Canberra.

Canberra’s population has a greater proportion of people from the countries of the former Yugoslavia than any other Australian city. For many decades they have asserted an enormous influence on Canberra’s culture, but their contribution has remained almost completely unacknowledged. (A 2008 article in the Canberra Times alluded to this fact, but it went almost completely unnoticed.) 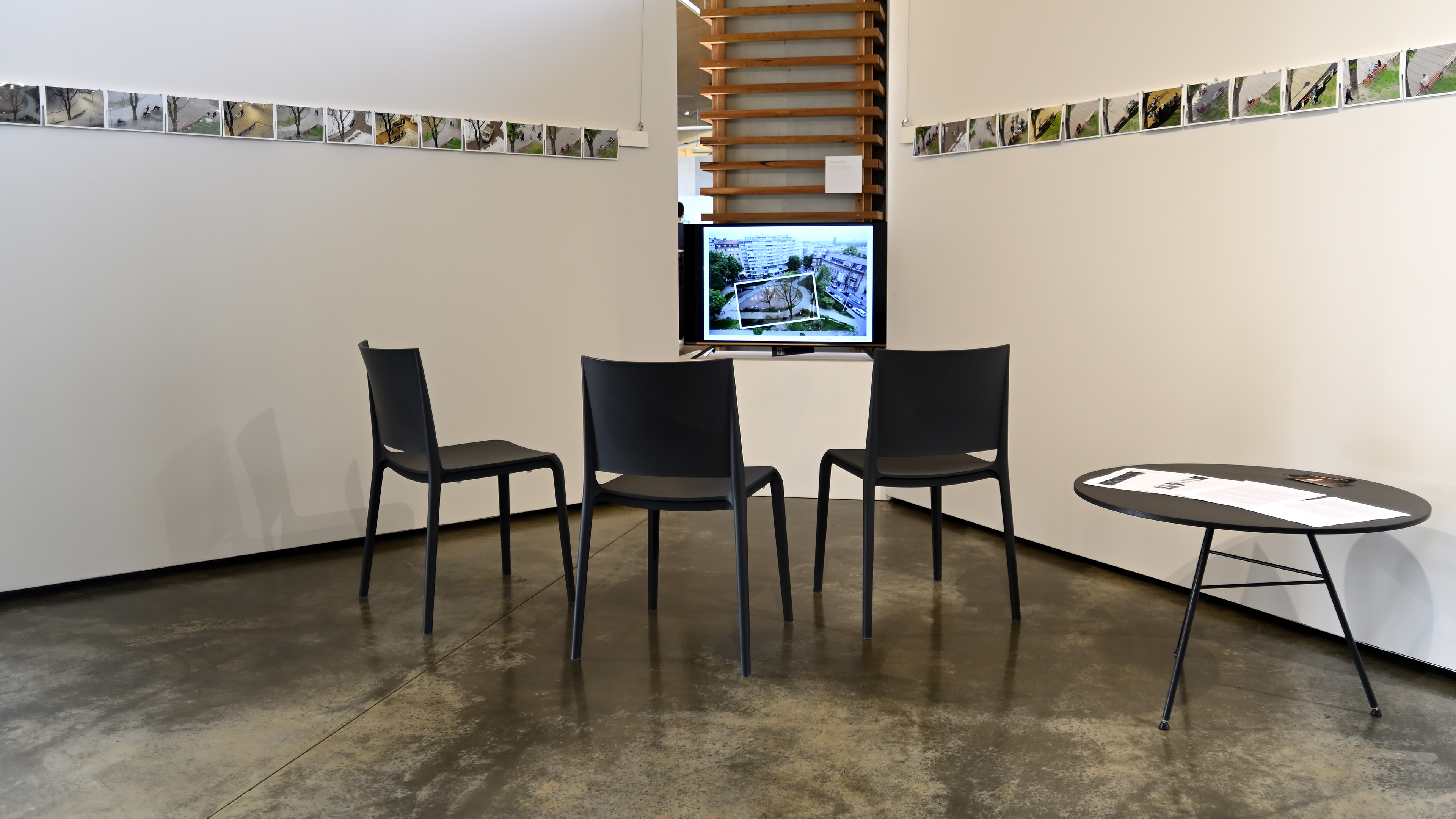 Postcards from Belgrade (Поглед са прозора) is an eleven-minute video loop constructed from still images. The images are photographs of a park bench as seen from the window of a seventh-floor flat in the old town. The background sounds are public domain recordings†† blended with field recordings made by the artist in the old town.

One tree (Дрво) is a slow and simple HD video loop. There is a low-resolution version on the Web.

Ruth Hingston… uses embroidery in connection with a creative reuse of other materials in her work… to make wry little comments on contemporary life.