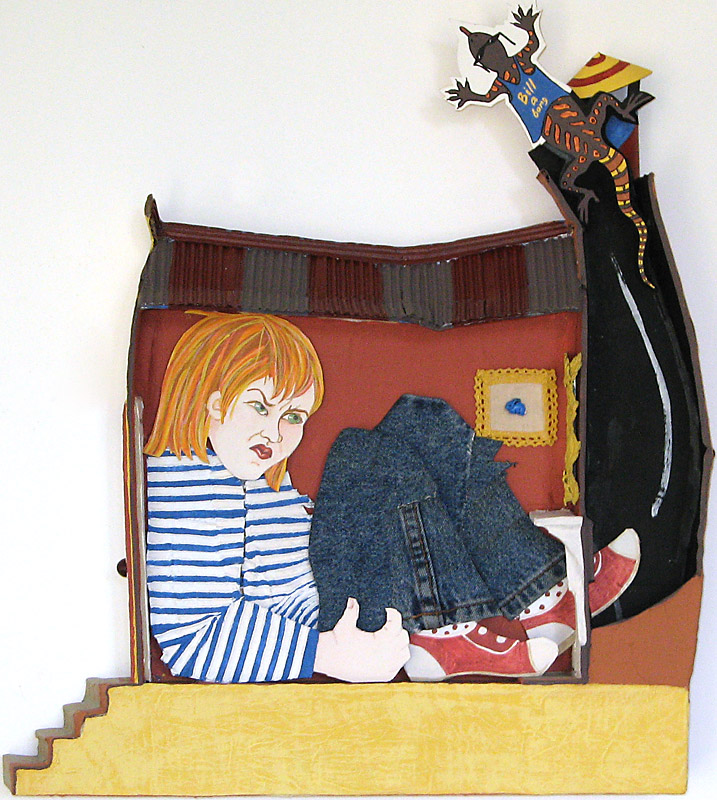 The White Rabbit sends in a little Bill

Oh! So Bill’s got to come down the chimney, has he? said Alice to herself. Why, they seem to put everything upon Bill! I wouldn’t be in Bill’s place for a good deal: this fire-place is narrow, to be sure; but I think, I can kick a little!

She drew her foot as far down the chimney as she could, and waited till she heard a little animal (she couldn’t guess of what sort it was) scratching and scrambling about in the chimney close above her: then, saying to herself, This is Bill, she gave one sharp kick, and waited to see what would happen next.

The first thing she heard was a general chorus of, There goes Bill! then the Rabbit’s voice alone—Catch him, you by the hedge! then silence, and then another confusion of voices—Hold up his head.—Brandy now.—Don’t choke him.—How was it, old fellow? What happened to you? Tell us all about it!

This work was first exhibited by ODAM Illustrators in Second Childhood at the Watson Arts Centre ACT in 2003.